Amreli district is located in Gujarat   near the Gulf of Khambhat. It is bounded by Arabian sea in the south, Bhavnagar district in the East, Rajkot district in the North  and  Junagadh district in the West. Amreli has 11 Talukas & 7 Municipalities covering an area of  7381 sq.km. It has a population of 13,93,295. 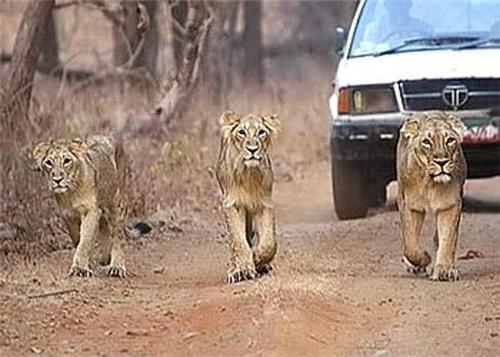 There are many tourist spots in Amreli but Gaekwads' rajmahal is really well made and you cannot miss on seeing this place. Also Amreli homes the 116 square-mile Gir sanctuary established to preserve lions. This sanctuary now has about 300 lions.Other attractions in Amreli includes Port Pipavav, Khodiyar Mandir, Dam site in Dhari. Nagnath Temple of lord Shiva in Amreli is has also got a huge historical importance.

Lathi  is a taluka headquarters located 24 km towards East from Amreli District. Lathi Taluka is bounded by Gariadhar Taluka towards South, Babra Taluka towards North, Amreli Taluka towards west and Lilia Taluka towards South. Amreli, Palitana, Savarkundla are all nearby Cities to Lathi. It consist of 52 Villages and 47 Panchayats and has an elevation of 130 m. People in Lathi speak Gujrati, however they do understand and talk hindi as well. Lathi is popular and known as the birthplace of poet Kalapi. 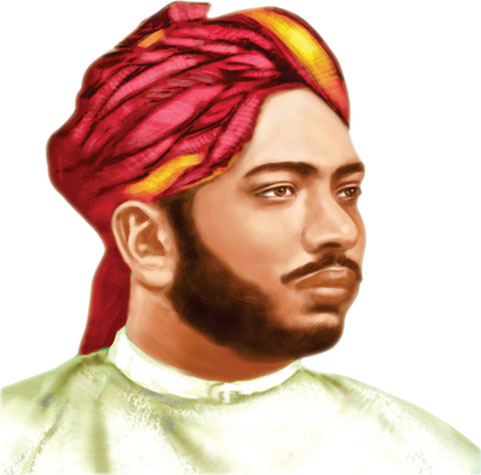 Surjeetsinghji Taktasinghji Gohil was one of the last princely rulers of Lathi. He was a well-known poet and mostly had all his work written in Gujrati. 'Kalapi' was the name he used in his writings. Some of his work includes 'Kalapi no Kekarov' which has most of his poems in Gujrati. Other notable personalities from Lathi are Bhupendrasinhji,  Air Marshal Janak Kumar, the late Thakursaheb and IGP Pravinsinhji and many more.

Lathi has many tourist spots, Shri Swaminarayan Mandir being the prime attraction. Also Lathi is very popular for Bhurakhiya Hanuman Mandir and Khodiyar Mandir at Babra. The tourist spots in Lathi are as follows:

During 1642 Shri Damodardasji was a well known saint. He was very famous for his preachings and Ramayana kathas. On a religious journey to Viramgaum, he saw a dream where lord Hanuman gave him darshan. The Lord also gave a message to the saint that he would appear at the midnight in the month of Chaitra on the full moon day. Lord indicated that he would appear from a cluster of Babool trees in the jungle on a small hillock at a place between Lathi and Sabhad, which is now known as damnagar. His dream came true and lord gave an appearance. The saint thought of name “Bhurakhia” as it signifies the prosperity and protection of the land of the people around. 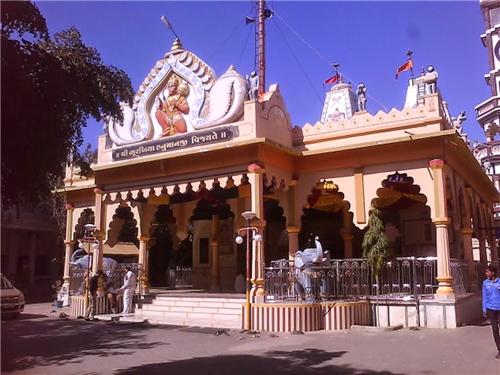 Now this small temple has transformed into a large complex. They have a large shrine in the center with lodging and boarding facilities around.

This museum is established to preserve the work of the famous poet Kalapi who belonged to Lathi. You will be able to see his works in the Museum.

If you want to shop the traditional Ghagra choli and other dress material, then you must go and shop in Nani bazaar in Lathi. 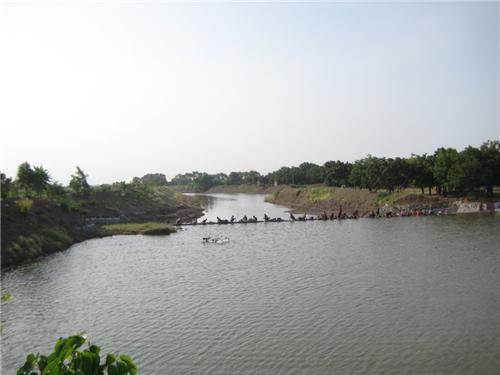 A peaceful place to enjoy with our family. This place in Dudhala near Lathi is extremely serene and beautiful. Enjoy the beauty of nature here. 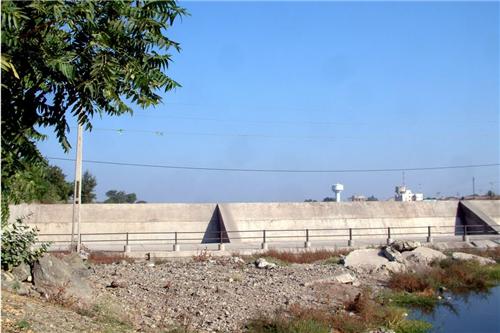 Other attraction in Lathi includes Sukhnath Mahadev Temple and cheak dam of lathi.

Although a very small town n Amreli, Lathi will give you a perfect feeling of being in a village. So be there and enjoy their culture and traditions.


Explore more about Tourism in Amreli