Amreli has a rich culture that is bestowed by the pastoral and the semi-nomadic communities. The magnificence of its traditions is depicted through its festivals, food, fairs, exhibitions, traditional attires, art and crafts. People from far and wide visit the city to take part in the cultural events of Amreli. The people of Amreli have preserved their ancient customs and rituals till today. These old rituals are performed especially on occasions like festivals and weddings. These ceremonies are well known for rich rituals, food, dresses, songs and dances.

The vibrant and colorful folk dances of Amreli reflect the essence of the society. The people of Amreli have a natural talent for dancing. There are several folk dances in Amreli. 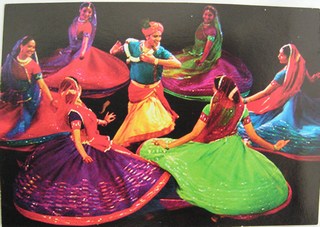 It is a famous Gujarati folk dance that is generally performed by the womenfolk. Garba is performed throughout the nine days of Navratri. Women dressed in bright ghagra choli or chanya choli dance to the beats of damru, nagara, murli, turi and shehnai. As they dance in a circular form, they also sing Garba songs related to Lord Krishna or the nine goddesses. One of the popular songs is Sanedo. However, infusion of modern bollywood style can also be seen in modern Garba today.

It is a folk dance usually performed in wedding ceremonies.

It is a prominent dance performed in Navratri. As sticks are used as symbols of the sword of Goddess Durga, the dance is also known as Stick Dance.

With the coming of western dance styles, several dance schools and dance workshops have been established in Amreli. Various forms of dance like hip hop, latin style, bollywood style, folk dance and ball dance are taught to dancers.

Folklore and Drama in Amreli

The people are very fond of folklore. Bhavai is a famous folk drama that is performed by male dancers on open grounds throughout the night. The performers balance earthen pots on their heads while dancing. The unique feature of Bhavai lies in Veshas that depict episodes from the social life of the people dwelling in the countryside. It is regarded as a dance of emotions.

The Gadhavi and the Charan communities are widely known for their folk music. Some of the famous Ragas are Gujaqri Todi, Sorathi, Bilaval, Lati, Ahiri and Khambavati. Apart from these, some famous folk songs are Rannade and Marsias. The prominent musical instruments are Pavo, Turi, Murli, Bungal and Taturi. 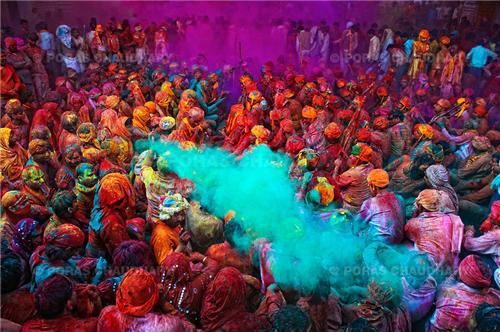 The people celebrate festivals with much zeal. Navratri is celebrated with Dandiya and Garba performances. Gujarati New Year is also celebrated along with Diwali. Other festivals are Holi, Vasant Utsav and Uttarayan. The Gujarat Sthapana Divas is also celebrated on 1st May every year as a foundation day of Gujarat.

Art and Craft in Amreli

Fairs and Exhibitions in Amreli

All types of fairs are held in Amreli like Trade fair, Craft fair and Auto exhibitions. Trade fair is organized every year where all types of products are displayed like garments, coir products, household appliances and kitchen appliances, processed food and beverages, drugs and pharmaceuticals, cosmetics and health care products. Auto exhibitions display cars manufactured by various companies like Maruti Udyog, Ford, Honda and many others.

Several western cultures have also been adopted by the people of Amreli with fast urbanization taking place in the city.