Amreli is one of the famous historic cities of Gujarat. It is the district headquarters and a municipality of the Amreli district that lies in the Saurashtra region of Gujarat. The city is situated in the Kathiawar peninsula in the western part of India. It stretches towards the Arabian Sea in the southwest and across the Gulf of Khambhat in the southeast. In the northwest, the city is bounded by the Gulf of Kutch. Amreli has undergone several changes in the past 600 years. It has developed rapidly from both social and economical point of views. It can be easily reached from other places such as Rajkot, Mehsana, Ahmedabad, Gandhinagar and Surat by both rail and road. 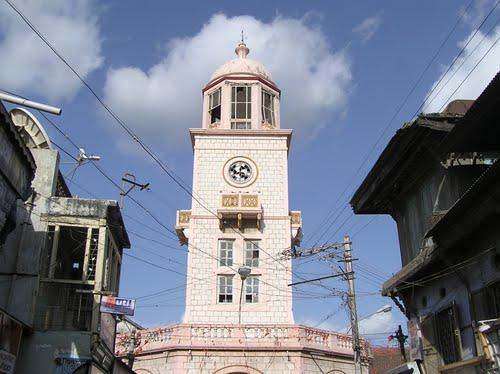 The history of Amreli dates back to the 15th century. It was formerly called as Anumanji, Amlik and later Amravati. The name of the city is derived from the Sanskrit word Amarvalli. The policy of compulsory and free education was adopted in Amreli for the first time in 1886. After India got independence in 1947, the city of Amreli became a part of the Bombay State. When the Bombay State was divided into Gujarat and Maharashtra in 1956, the city of Amreli became the headquarters of the Amreli district in the state of Gujarat.

As the region has a flat topography and fertile black loamy soil, it is best suited for agriculture. The staple crop grown in this region is cotton. Other crops cultivated here are wheat, sesame, groundnut, bajra, jowar and grams.

As the region has vast reserves of limestone, several cement industries like Ultra Tech Cement Co Ltd and Larsen & Toubro have flourished in Amreli. Apart from these, there are other port and ship building industries. The development of the Pipavav port has facilitated growth of many engineering industries like Torrent Power, Videocon and GSPC.

The city is a center of several sacred shrines. The Khodiyar Mandir, Nagnath Temple, Gayatri Temple and the Bhurakhiya Hanuman Mandir are the most prominent temples in Amreli. Apart from temples, the other places of tourist attractions are the Pipavav port 32, Khodiyar Dam and the children museum known as the Shri Girdharbhai Sangrahalaya. This museum is famous for exhibiting astronomy, art, archaeology and natural history. The Pania and the Mityala wildlife sanctuaries are also famous tourist destinations. The Gir Lion Sanctuary of Amreli is renowned all over the world for Asiatic Lions.